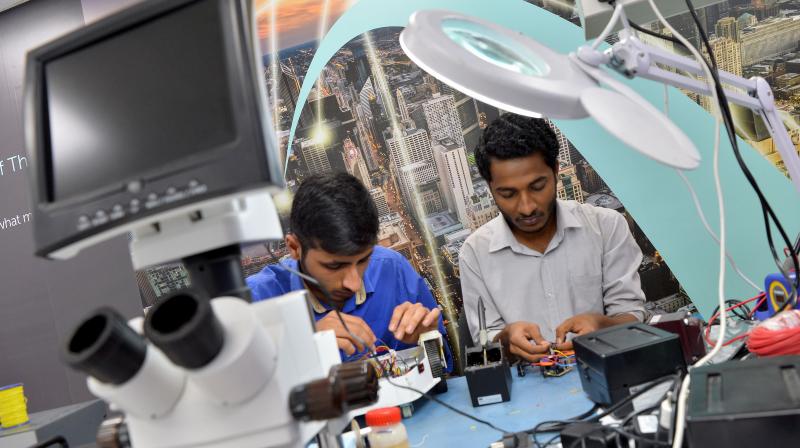 Hyderabad: Telangana emerged as the ‘Top Performer’ for developing a strong startup ecosystem in the state, according to the ranking of states and Union territories by the Department of Promotion of Industry and Internal Trade (DPIIT) released by Union Minister of Commerce and Industry Piyush Goyal in New Delhi on Monday.

Listing out the state’s major accomplishments, the Department of Promotion of Industry and Internal Trade said that the Telangana government has taken several praiseworthy initiatives, including launch of the Research and Innovation Circle Hyderabad (RICH) incubator to boost science, research, and innovation through a collaborative environment.

Telangana has a thriving startup ecosystem, an established network of more than 3,000 startups, and empowers its startups through institutional backing, incubation support, and entrepreneur capacity building.

The Telangana government has also set up the Telangana Innovation Fund (T-Fund) – an early stage investing vehicle formed in collaboration with leading global investors and devising the Grass root Innovation Framework to promote inclusive and sustainable growth in the startup ecosystem to develop bottom-up solutions. Telangana is now recognised as an Institutional Champion, a Capacity Building Pioneer, an Incubation Hub and anInnovative Leader.