India captain Shikhar Dhawan speaking ahead of the game shared concerning news about Ravindra Jadeja’s availability for the 1st ODI. 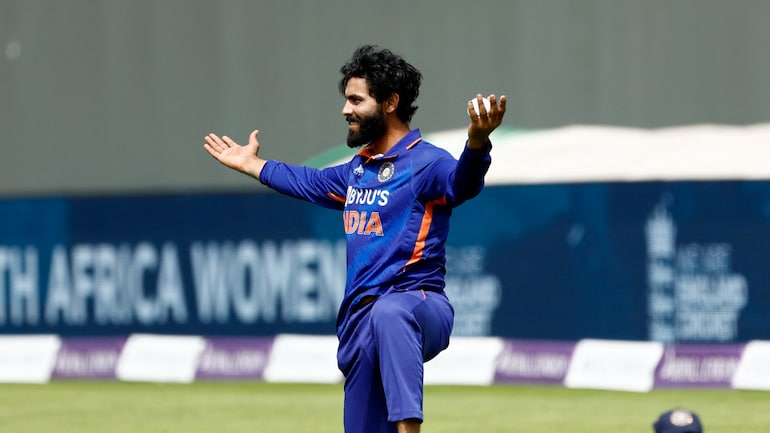 India captain Shikhar Dhawan revealed concerning news about all rounder Ravindra Jadeja’s availability in the 1st ODI against West Indies. Set to be played at the Queen’s Park Oval in Trinidad at 7 PM IST, India might have to miss out on Jadeja, who according to Dhawan might not be fully fit after suffering a niggle.

While the captain did not reveal the exact nature of injury, he said that the rest of the youngsters were raring to go for the 1st ODI game of the series.\

Asked about how it has been to lead India with the youngsters playing in the side, a chirpy Dhawan said that he was quite happy about it and added that he tries to bring fresh energy into the team. Recently, Dhawan managed to get Rahul Dravid to participate in one of his Instagram reels that had the fans in splits.

The left-handed batter, who has found himself out of the first choice team in the Indian side, has toured Sri Lanka and the tutelage of Rahul Dravid. Speaking in the video uploaded by the Board of Control for Cricket in India from Trinidad, Dhawan vouched that he had a lovely relationship with the coach.

India will be hoping to try out different combinations in the three-match series, and have a look at the players that they can build on for the 2023 World Cup, scheduled to be held in India next.